Getting Your Horse Back Into Work after a Tendon Injury

When your horse pulls his tendons, doubt nags at you constantly: even after months of patient equine rehabilitation, will your beloved animal ever fully recover? This is our fourth blog about a successful horse rehab journey.

I went through the same anxiety with Double Clover, my big gray gelding, after he severely pulled both his front tendons. Hopefully his story will keep you optimistic about your own horse’s chances of healing.

I should have realized the Irish Sport Horse’s injuries were inevitable from observing his owner’s disastrous concept of horse care.

When I arrived to try the horse, the farmer pulled the five year old out of his dingy, poop-filled stable, let him loose in a small arena and chased him with a whip.

While the gelding bucked and galloped round the ring, I learned he’d been left in his stall for several days. The farmer normally rode him three times a week to round up cattle and never turned him out to graze.

The tall farmer now caught the heaving horse, threw a saddle on his back, jammed a bit in his mouth, and a bridle over his head. He then leaned across the animal and swung his right leg over the saddle. Once upright, he kicked Double Clover in the ribs and they took off at a gallop across extensive farmland.

They roared back a few minutes later, and when I got on him, the poor horse didn’t realize he was allowed to walk. He immediately trotted, and needed much persuading that he wouldn’t get into trouble if he transitioned down to first gear.

Yet the Irish Draft/Thoroughbred Cross’s lovely temperament had not been ruined, despite his owner’s dubious training methods, so I bought him.

…Leads to a Bad Breakdown

Back home I was careful to put Double Clover on a gradual training program, which included walk work on our freestyle horse exerciser and under saddle. He enjoyed daily turnout with my other horses and settled quickly into his new environment. His skinny frame soon filled out after I’d addressed his horrific worm burden.

A few weeks later, I began jumping him. Had his tendons been strong when I bought him, it would have been the right time to introduce this next phase. He loved his job, and was a confident jumper.

But suddenly his lower front legs swelled up, and the vet confirmed pulled tendons.  I was horrified. I’d been so conservative with his training and couldn’t understand how this had happened until the vet assured me: “His tendons were going when you bought him.”

Now it all made sense. No wonder his tendons were weak before he arrived at my barn – just look at the treatment from his previous owner:

The poor horse was doomed from the start.

If only I’d thought to have his legs checked before purchase! But hindsight wasn’t going to help.  The issue now was, how serious were his injuries and would he ever recover from them?

The Long Road Ahead

If you’ve read the first three articles in this four part series, you’ll be familiar with the equine rehabilitation protocol I now had to follow.

After four weeks we took him for another ultrasound. The vet decided to split the more damaged tendon to increase blood flow to the injury site and improve the healing process. Today additional methods of promoting healing are open to the horse owner and here is an excellent article about alternative treatments: MDHorse The difference being that this happened almost two decades years ago, when ‘stall rest’ meant exactly that: the horse really had to stay in his stall for 24 hours a day during the first three months. Fortunately thinking has now changed, and usually horses can be hand-walked or put on the horse walker daily for a few minutes right from the beginning of their rehabilitation.

Luckily my equine patient had a great disposition and stayed calm in his stall. I rotated barn buddies to keep him company, and he had plenty of hay to munch and toys to play with.

Double Clover’s period of complete stall confinement ended and I took him for another ultrasound.

While the vet examined the big gray’s legs, his assistant came in. She had a client on the phone, whose horse was beginning its walk phase after a tendon injury, the same phase I was about to enter with Double Clover. But the client had ‘accidentally trotted her horse’ and it was now lame. What should she do?

“Tell her the horse is now an insurance write-off,” was my vet’s terse response.

I was shocked, and immediately resolved to strictly follow my gelding’s prescribed rehabilitation program. I didn’t want him to become a write-off, too!

It took three more months of careful reconditioning, but Double Clover did return to full work. He became a wonderful show jumper, dressage horse and eventer. Impressed by this, one of the vets who’d taken care of him used his story for her case study about how a horse can recover completely after seriously damaging its tendons.

So take heart: your horse’s career is not necessarily over if he pulls his tendons. Stay hopeful and be patient. Do exactly what your vet tells you and don’t attempt any short cuts.

You, too, could have a success story to share with other owners of injured horses. 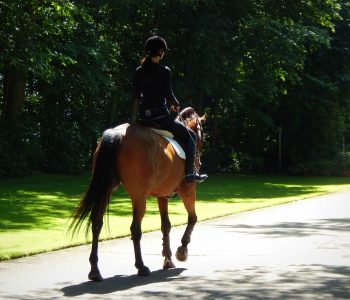 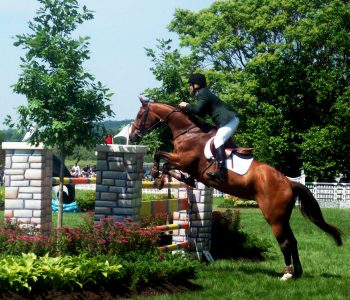 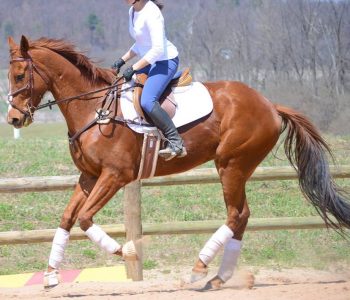 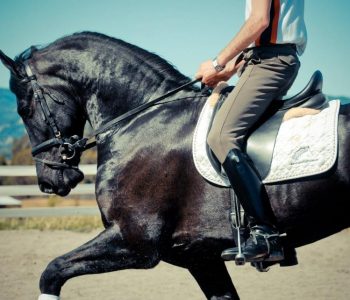 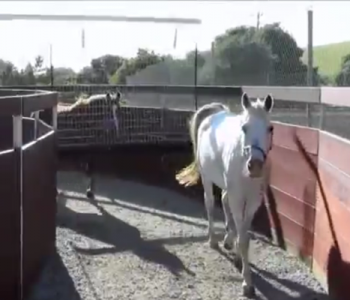 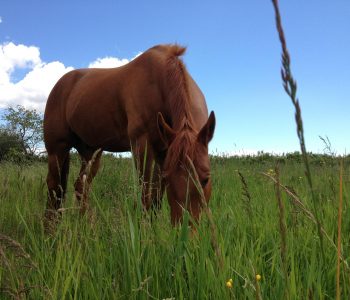 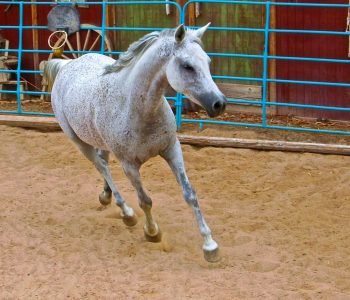 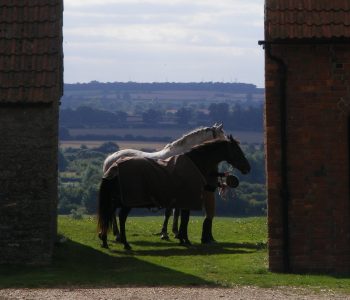